My experience going to the F1 Show

August 04, 2015
Last month on the 10th July I was part of the audience on the F1 show which was live on SkySportsF1. As my dad and I arrived in London and made our way to the Sky Studios I wondered 'how I had got here?' The answer to that: I made it happen and had a bit of luck.

I am a big fan of SkySportsF1, I watch practice, qualifying and the race on their channel. Along with the F1 show and I frequently check their website to read any articles they may have posted. One day I just happened to see 'be in the audience of the F1 show'. So, I clicked on it and decided to submit the application for dad and I to go on the 10th July. Although I thought we probably wouldn't get picked, I did it anyway. It was very simple, you just had to put down your name and the name of your guest and which dates you could attend. I did this around a month before. It stated on the application form that you would hear a week before the show.

I had completely forgotten about it when I checked my emails on my phone. It was an email saying dad and I had got tickets and there was a link to our tickets and how we could get there and where to park. I was over the moon. Until, dad said he couldn't go due to prior commitments. I was then heartbroken. However, a few days later he complained to me about the state of my room (which is nothing new); and said we wouldn't be going on friday if it was messy. I then just looked at him with confusing. He then broke the news that he had got out of it and we were going. I was over the moon again!

The day came, I got home from sixth form and threw on my F1 shirt and off we went to London! My family are always early to things so it was no surprise me and dad got there with 15 minutes to spare. We had to wait outside with a small queue of people. While lining up we started chatting to a nice man standing next to us. He had been applying to be on the show for 3 years! Wow. That made me feel incredibly lucky to have been picked the first time I applied!

Once our names were ticked off the whole group were let through the gates and taken to one of the Sky buildings. We were put in a room with the previous race (The British Grand Prix) playing on a ginormous TV! It was a very lovely room with water and lots of seats. Once everyone had arrived a member of the team came and talked to us explaining what was going to happen. After we were taken to the studio doors and lined up outside. It all felt so surreal, especially as I suddenly heard heels, turned around and saw Natalie Pinkham smiling as she went past! That's when it really hit me where I was and what was about to happen.

Once in we were originally placed at the back, before being moved forward and then next to the sky pad! I had seen it on TV and I was right next to it! Also, Johnny Herbert and Alex Lynn (the guests for the show) were doing a piece using the sky pad! All of a sudden Johnny came over and asked me to tap his finger for good luck! I never thought I would be able to say that sentence. He was a very chatty person. There was about eight of us stood on one side of the sky pad and he talked to all of us. As Johnny and Alex's bit was being filmed we could see a screen and once or twice dad and I saw ourselves on there! Incredible. We were on TV!


During the adverts Johnny, Alex, Natalie and Simon Lazenby interacted with the audience. Furthermore after the show was done, all four stayed to chat to us and have photos! I had thought about what I would say to each one but I hadn't made up my mind! Alex was very lovely and easy to talk to. I had been watching him in GP2 and I told him I thought he was doing really well. I told Natalie I wanted to do exactly what she does. That resulted in her hugging me and giving me tips! Johnny and Simon were both easy to talk to, me and dad had a joke with both of them. It was amazing how nice they were and willing to give up time to talk to you and were more than happy to have their photos taken with you.

It was an incredible experience. I still can't believe how lucky I was to have got to meet such genuinely nice people. As someone who is a big fan of Formula 1 and wants to work on the media side, it was great to see how the show is filmed and how it all works. There was nothing negative about the day at all. Like I said, incredible experience. I would say its worthwhile to at least apply if you can. I will never forget the experience and I will try to go again.

I will leave you with a selection of photos from the day. There's even one with the Silverstone trophy; although we weren't allowed to touch it! 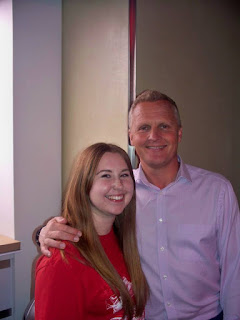 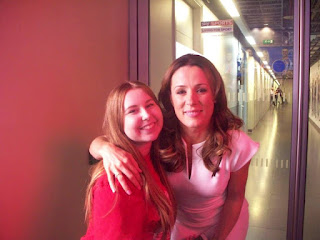 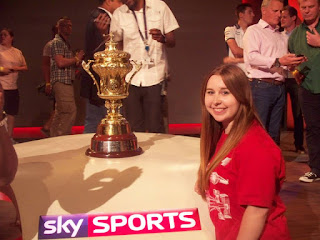 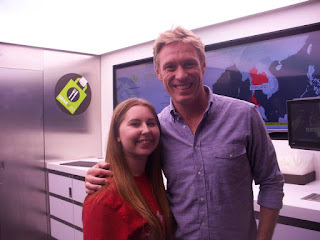 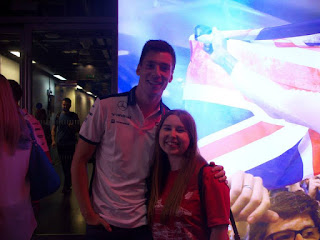 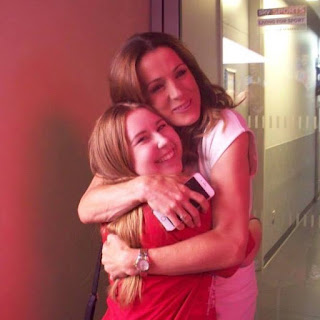