The 19 year old from Kings Lynn has been known in the motorsport world for a few years now. However, it’s only been recently that people have sat up and taken notice of this British driver.

In 2014 Russell participated in BRDC Formula 4 championship with Lanan Racing. He went into the last round in a four way title battle with Sennan Fielding, Arjun Maini and Raoul Hyman, the latter two now reunited with Russell once more in GP3. Russell started on pole and went to win the race therefore winning the championship by just three points to Maini.

As a prize for winning, Russell got his first taste of a GP3 car testing with Arden in Abu Dhabi that same year. The year ended even better when the Brit won the highly prestigious McLaren Autosport BRDC Award, beating off stiff competition. This time his prize was a Formula One test with McLaren themselves.

Russell then moved up to Formula 3 racing with Carlin. At the first round in Silverstone, Russell was racing against Charles Leclerc and Antonio Giovinazzi, who are both currently well-known and respect names in the F1 paddock this year. Russell won his first race in the opening round and added two more podiums to his count during the year. He finished sixth in the championship in his first year and runner-up in the rookie championship to the aforementioned Leclerc.

He continued with F3 for 2016 but this time switching to Hitech GP. He scored two wins during the season, taking ten podiums overall and third in the standings. A clear sign the Brit had improved and learnt from his rookie season.

Following the end of the GP3 season, Russell took part in the post-season test with ART and subsequently announced in January 2017 that he had signed to race ART in GP3 this year. Russell took his first win in Austria taking the good momentum to Silverstone the following week claiming pole which Russell converted into his second race win of the season.

The same day he announced his GP3 seat, he also confirmed he had joined Mercedes as part of their junior driver programme. Russell has confirmed he will be driving for Mercedes on both days at the young drivers test in Budapest in August. Something I am sure not only Mercedes but other teams may be watching as well. 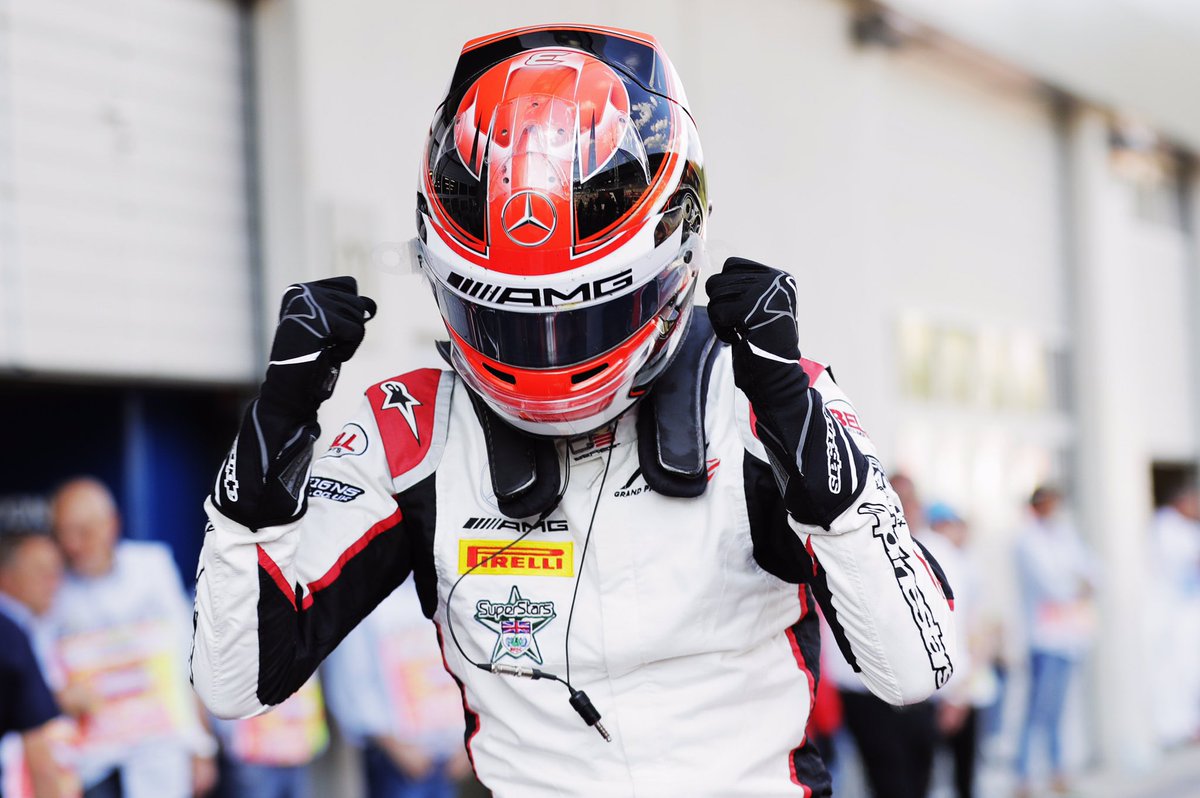 Russell has clearly always been highly rated and well respected and it is clearly a matter of time until he is racing in F1. Another driver in the junior programme with Mercedes is Force India’s Esteban Ocon who made the jump from F3 to F1, so it may be sooner than we all think.

Keep your eyes out for this brit, has potential to be the next Lewis Hamilton.