September 06, 2017
Alex Lynn is a well known name in the motorsport world for multiple reasons. At the moment he is currently being talked about as he has finally been announced as a driver for DS Virgin Racing in Formula E for the 2017/2018 season and beyond.

A top drive has been a long time coming for the 23 year old. Lynn started karting at the age of 11 before moving to the Formula Renault winter series in 2009/2010. He joined Fortec motorsport and subsequently won the winter series. It was no surprise when he stayed with Fortec for the Formula Renault UK Series the next year. He also won that championship with twelve wins to his name. 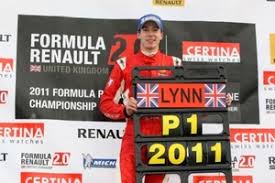 In 2011 Lynn joined the Toyota Racing Series as well as racing in the Eurocup Formula Renault 2.0. 2012 was all about British Formula 3 moving onto European Formula 3 towards the end of the year. Lynn stayed with the latter for 2013 joining Prema. That season Lynn finished third in the season, the highest placed rookie driver. He achieved 3 wins, 14 podiums and 5 poles, 3 of those poles being at Brands Hatch, his home circuit. He took part in the famous Macau grand prix with Prema's sister team Theodore Racing winning for the team. He became the first brit to win since 2007.

2014 saw a natural progression to GP3. He joined Carlin and joined the Red Bull young drivers programme. He won his debut race at Catalunya and followed it up by more wins at Austria and Belgium. He went into the summer break in the lead of the championship 31 points ahead of Kiwi Richie Stanaway. Lynn had fellow Brit Dean Stoneman challenge him for the second half of the season but won the championship with 207 points to Stoneman's 163. Arguably a comfortable championship win, Lynn was consistent in the races only missing out on points finishes twice in the whole season.

Next series on Lynn's list was GP2 in 2015 partnering Pierre Gasly at DAMS. He finished sixth in the championship standings that year. Although that was not the only team he worked with that year. He signed with Williams F1 team as their development driver ending his time at the Red Bull junior programme. Lynn stayed with DAMS for 2016 claiming two sprint race wins.

Lynn left the series at the end of 2015 and did 3 races for Manor in the World Endurance Championship in the LMP2 category. Lynn took part in the 24 Hour of Le Mans in 2017 putting the car on pole but sadly did not get the opportunity to drive the car as the car had to be retired before Lynn had the chance. He was also one of four drivers to take part in Jaguars pre-season test in Formula E however did not get a seat with the team.

It was announced in January 2017 that Lynn would be the reserve driver for DS Virgin Racing. He raced for the team in New York as Lopez also raced in WEC which clashed with the New York E-prix and chose to sit New York out. After the end of the season there was speculation as to who would be racing for DS Virgin Racing in the 2017/2018 series, speculation was that Lynn would have a full time race seat and a few days ago that speculation was confirmed on a multi-year contract.

Lynn has worked hard throughout his racing career and it appears to have finally been rewarded. As a fan of Alex Lynn, I for one am very excited to see what he can do. He has the advantage that he already knows the team and has worked with them as a driver already. Paired with the fact DS Virgin have continued to improve each season, it is fair to say there is a certain level of expectation. No matter what Lynn has loyal fans and he will always give 110%.

Behind the tyre barriers: 'it can be mentally tiring'

Being a marshal takes a lot of sacrifice, takes up a whole weekend, can be any weather and you don't know how the day will go. But most importantly a marshal needs to be passionate about it and a lot of commitment and I believe every marshal has that dedication. However, it could be easy to forget how physically and mentally draining it can be. The obvious physical aspect is the fact that a marshal predominately stands all day in all weather conditions which can vary. I cant imagine it is not much fun to stand in 25 degree heat all day in fire proof overalls and steel capped boots! I definitely couldn't do it!  Kac said one mentally challenging part of being a flag marshal is trying to keep track of who is where and who to show what flag, especially when someone is a lap down etc. Marshal's have to 'keep on top with each drivers positions' and knowing who is who from a distance. Apparently, the trick was to look at wing mirror or any strip colours, good idea!