Jake Hill: Back on the BTCC track 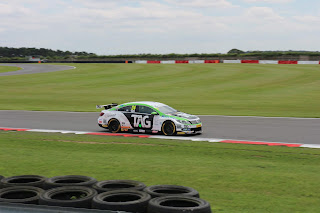 Jake Hill made is return to BTCC this season after missing the second half of last year. One round in and the man from Kent has already proved to us why he belongs in this level of motorsport.

Hill had his first taste of a BTCC car back in 2013 making his debut at Croft after racing in Ginetta GT Super cup in 2011 and 2012 respectively: however, 2016 was the first time Hill was entering BTCC for his full season.  Since then he has participated in 86 races, scored 204 points and 2 podiums. You may not think 2 podiums is much to get excited about but there is more to Hill’s story than numbers.

Hill took his maiden podium position at Brands Hatch Indy circuit in 2018 when he was racing for Team Hard. The track was wet but drying and Jake and the team had a decision to make, that decision scored Hill his first podium position when he finished 2nd behind Power Maxed Racing’s Senna Proctor.

Despite the excellent start to the season, Hill announced in July 2018 before Snetterton that he had parted ways with Team Hard. Hill was hopeful he would return. It left many gutted fans (myself included). Fortunately, after working hard Hill is back in BTCC for 2019 racing for Trade Price Cars Racing in their Audi S3 Saloon car with ex F1 driver Mark Blundell for company.
Jake and his dad Simon are two of the most lovely, dedicated and hard working men I have had the pleasure of meeting and knowing. I was there when Hill was on for his first podium at Silverstone back in 2017 and then had a mechanical failure, and I was also there when Hill scored his first podium. There have been some big highs but also some heart-breaking lows.

Hill made his comeback well known at Brands this year by making the right choice and opting for slicks in the wet and tricky conditions, much like the year before. Hill started 15th and worked his way up to 2nd having some very good battles on his way through, especially with Laser Tools Racing’s Aiden Moffat. Hill nearly followed it up in race 2 but only managed 4th on the grid, but still an excellent result. Race 3 was when the bad luck hit as contact with Ash Sutton led to mechanical failure and retirement. Despite that there is so many positives to focus on going forward. Hill is quick and he deserves good results and I’m sure not only himself but the team, his friends, family and fans will be doing all they can to get the best results possible every race weekend and pick each other up when it doesn’t go the way they desire.

Hill is back where he rightfully deserves to be and from what I can see, he has come back, stronger physically and mentally and is ready for anything. Personally, I was so excited to see Hill back because he is fast and he is genuine. I really wish the best for himself and the team. I cannot say enough good things about Jake and his dad Simon. I have supported Jake since I met him in 2017 and himself and Simon have always been the most friendly and welcoming people. You can see their passion, dedication and hard work a mile off. That is the kind of driver I want to support on this rollercoaster of emotions we love and call motorsport.