What is CMB Artworks?

June 12, 2019
CMB Artwork began as a hobby for Jim Bushell, he never thought things would ever turn out the way they have. 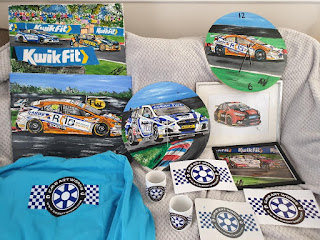 First we need to go back to the start, Jim has always had a soft spot for Art doing a BTEC in school and then going on to get a National Diploma in Media Arts. His first job was as a graphic designer at his local newspaper where he worked for 10 years before taking a year out to go back-packing around the world! Something I must say I am envious of. When Jim returned he studied mechanical and electrical engineering which took him down a different career path. 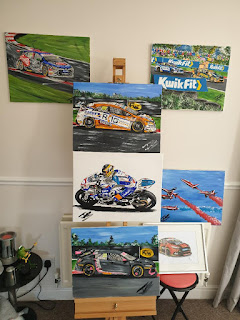 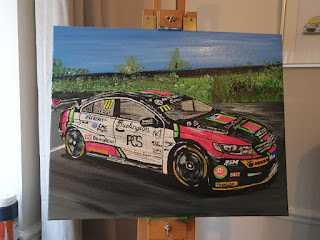 It wasn’t until Jim picked up a pencil and started drawing again in 2014 that he realised how much he missed it. With his interest for motorsport and his passion for drawing, using BTCC’s as his muse was not a bad. After receiving amazing feedback from motorsport fans Jim said they ‘blew his mind’ and began painting and drawing from his shed. Soon after he was being asked for commissions by fans, sponsors and even some BTCC drivers!That is when CMB Artworks was born. CMB is a nod to his children as they are the first letter of each of their names. 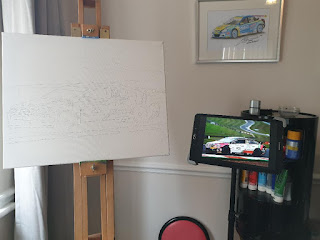 This isn’t just a part time job for Jim, he does it because he is passionate about it, he told me ‘to get money from something I love is humbling’ This is shown by the fact that Jim gives pieces away as prices for charity auctions and regularly does giveaways for his supports on his social media sites.
CMB Artworks previously sponsored Rory Collingbourne in Clio Cup (who he also did paintings for) and Keiran Gallagher in his VW.

However, he currently sponsors Ralphie Reeves (if you haven’t heard of him you can read all about him on a previous blog post!), Lee Keeler in RX and most recently Motorsport 4 Mental Health. The last one is something Jim was keen to sponsor as it is something he has suffered with himself. It shows you don’t need to have money to sponsor people, as long as you have a good product like Jim does where he gives them artwork to sell or auction off, every little helps. 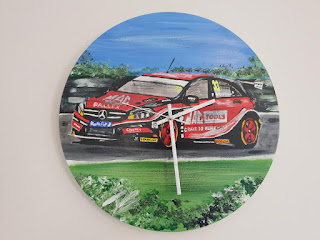 Jim normally uses his own pictures that he takes however I know first hand you can get your own used. Some of my friends surprised me with one of Jim’s paintings for my 21st birthday last year and it was using one of my best friend’s photo’s. The most popular choice is 16x20” canvas which is hand drawn, painted with acrylics and varnished. Jim does sell one he paints himself but takes requests so if someone wants a one of piece that is just theirs and no one else has, Jim is the man. You can also get A4 framed prints or A4 sketched drawing in artist pencils, don’t by Jim’s partner Ally. Their newest edition is fully hand made 16” wall clocks, again hand drawn, painted and varnished. They look amazing! 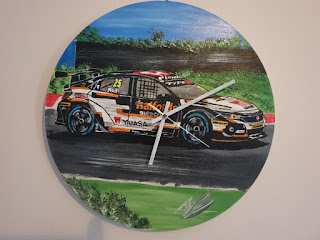 CMB Artworks also has their own merchandise which consists of mugs, caps, car stickers and hoodies, they all normally appear in giveaways. I’m tempted to get a hoody! Jim and Ally’s plan is to over a few years expand the whole brand and the products they offer and maybe have a shop/gallery of their own. I really do believe they will succeed, their work is incredible.

They told me they want to offer the best original service and I truly believe they do that, it is so unique and for me knowing someone has thoroughly enjoyed and loved creating something to give to someone else really makes it that extra bit special. Like I said I have one piece and I recently just snapped up another and I cannot wait for it to arrive! 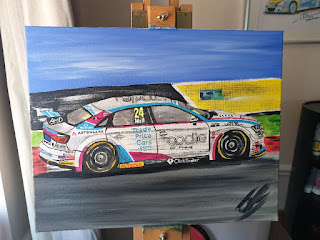 CMB Artwork provides the best service, quality and everything is done with passion. I do not have a bad word to say about Jim or the brand. His work is well worth a look at and if you like anything or want to enquire just give him a message, you won’t regret it! I will leave you with a quote from Jim and Ally which sums them up perfectly.

‘Massive thanks to all our loyal customers and supporters who we know make this work, nothing like the motorsport family. Jim and Ally x’ 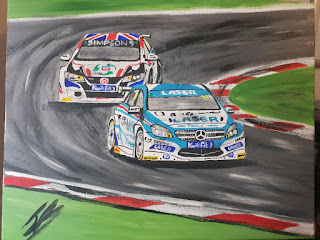