Opinion: Top 10 Drivers to watch out for

April 27, 2020
I have decided to compile a list of 10 drivers I think everyone else needs to watch out for and why. This is personal opinion so do let me know what you think and who would be on your list!

1. Colin Turkington
I dont think there is any surprise Turkington is on this list. Four time British Touring Car Champion, he is the one everyone wants to beat and needs to beat if they want to be champion. Turkington has shown us time and time again why he is a champion with his consistency, overtakes and defending from others and of course his wins.

2. Andrew Jordan
Jordan is also a champion in his own right winning the championship in 2013. Since 2011 Jordan has never finished the championship lower than 9th position and finishing 2nd last season. We almost thought we lost him from the grid after Pirtek announced they would be withdrawing and with Pirtek being Jordans big sponsor, it was touch and go whether he would stay on the grid. Thankfully he has managed to stay on the grid for 2020 (hopefully we have a season) and it would have been a massive loss to see him depart and I am sure he feels he has a score to settle, another championship win! 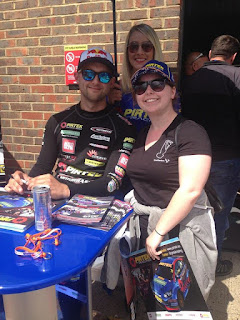 3. Jake Hill
I have watched Hill progress from being with Team Hard and leaving halfway through the season, to joining Trade Price last year and finally get his first official win. Hill is a driver with highs and lows in the BTCC and he is one of the nicest guys on the grid in my opinion. You can always tell his determination to do well and how much he enjoys it from speaking to him. Every year Hill improves and I think people really started noticing him more last season. A great driver, friendly person who I think has had a string of bad luck. For 2020 Hill has moved to MB Motorsport which has taken over from AmD's Honda's. AmD won the independents in 2019 with Rory Butcher so Hill will no doubt want to replicate that in the Honda. The team is owned by Hills partner from last season Mark Blundell with AmD's founder Shaun Hollamby staying as team principal. I have no doubt Hill is in great hands and will continue to get good results.

4. Dam Cammish
Cammish won the independent championship in his first season and was fighting for the overall championship last year. He has shown exactly why Honda have put him in one of their seats. He has that drive to win, he knows where to place the car to defend. He has raced on BTCC tracks many years while racing in TOCA packages like Porsche Carrera Cup. He has the knowledge and I think he has shown he is more than capable of winning a championship one day.

5. Ash Sutton
Championship winner in 2017 in only his second season in BTCC and his first season with Subaru. In 2017 he achieved 6 wins and 8 podiums (14 podiums overall) which is very impressive. Ash is a hard racer, he is always fighting for positions, never gives up. For 2020 he has switched to join Aiden Moffat at Laser Tools Racing as they are expanding from one car to two. He tested in the car last season and he has experience of rear wheel drive which will only help the team. Sutton and Moffat have a good on/off track relationship. Moffat used the Infinite Q50 for half the season last year and I am sure they will work well together and Sutton can only flourish in the car.

6. Jack Goff
Goff was nearly without a seat going to into 2019 as Goff's team Eurotech/Wix withdrew. I remember everyone on social media saying how bad it is that Goff is without a seat. However last minute he got a call up with Team Hard. Everyone breathed a sigh of relief Goff had a seat, even if he went into it almost blind with no testing. Last year wasn't the easiest of seasons but Goff made the most of it and at Silverstone in mixed conditions he used his experience and gambled on wets and stormed through from the back of the grid to get his first win since Snetterton 2018. Goff is always a fighter and never gives up, does the best with what he has available and I am sure he will only continue to improve. 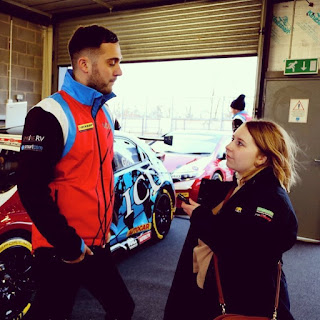 7. Aiden Moffat
Moffat made his debut at only 16 years of age and has been in BTCC every season since. His first full season was 2014 with Laser Tools Racing and they have had an successful partnership with a total of 3 wins. I dont think the amount of wins actually translate to how well Moffat is. As I have mentioned above Moffat and Laser Tools made the decision to switch to using Infiniti Q50 from Snetterton last season. This was due to a disappointing start to the season and it gave them the opportunity to begin gathering data for 2020. A very clever move if you ask me and Moffat scored the first podium in the Infiniti at Silverstone last year, I believe it was someone in his team that told him to gamble and put wets on, it was then Moffat's job to get the car as far up the grid as possible, he was chasing Goff for first until he spun and had to settle for second. However, it was a boost they needed that the car is good in the wet and they now have some wet weather data too! Like I said for Sutton, once the car is where they want it to be there will be no stopping them. I honestly believe they will be a front running team with two incredible drivers. 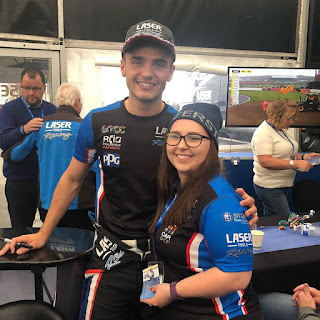 8. Tom Chilton
Chilton originally joined the grid in 2002 up to 2011, even winning the independent championship in 2010. Chilton rejoined in 2017 after spending the past 5 years in World Touring Car Championship. He is a fan favourite and always delivers. Chilton always seems to be up there fighting in the points and for podiums. For 2020 is has signed to join BTC Racing and I think they are a very good match. BTC Racing is always up there fighting at the front too and seem to be getting stronger by the season. I am very much looking forward to seeing how they get on together, I am positive it is only going to go well. Chilton is a strong driver in a strong team.

9. Michael Crees
Personally I had never heard of Creesy (as he is mostly known as) until he joined BTCC in 2019 with Team Hard. He immediately became one of fans favourite drivers. I remember at Snetterton he came down to the campsite and said hello and chatted to fans which in my 3/4 years camping there I had never known a driver to do before. He really goes above and beyond for fans and he comes across as a happy, jokey, positive member of the paddock who is extremely grateful for the support he gets. This is why I have added him on this list, I along with many other fans would love to see him do even better in his second season which is definitely possible with BTC Racing. I dont know what he would do to celebrate if he got a podium or a win, and that is all possible.

10. Rory Butcher
Last year Butcher was crowned Independents and Jack Sears trophy last year with Cobra Sport Amd/RCIB Insurance and has always shown his pace and his skill. He even took two wins last year and has signed with Motorbase for the 2020 season where I am sure he is hoping to expand that win tally. He is good enough to win an overall championship and it would be interesting to see if he brings the fight to the likes of Turkington and Jordan. Butcher joined in 2017 (I thought he had been around for longer) and I am sure the more he learns, the better he will be.

So there we go, sorry its a bit of a long one. I decided to add some pictures in I had of me with some drivers! I wanted to make sure I validated why I felt they deserved to make my list, do let me know who you will be looking out for and who would be on your list!